BBC micro:bit - Official Board only

﻿This is the official BBC micro:bit that is inspiring a new generation of coders.

This pack contains 1 x BBC micro:bit and a quick start guide, this is the ideal option for makers to get started creating BBC micro:bit projects and inventing solutions. The BBC micro:bit is a pocket-sized computer that you can code, customise and control to bring your digital ideas, games and apps to life. Measuring 4cm by 5cm, and designed to be fun and easy to use. You can create anything from games and animations to scrolling stories - all you need is imagination and creativity.

The BBC micro:bit is completely programmable. That means each of its LEDs can be individually programmed as can its buttons, inputs and outputs, accelerometer, magnetometer and Bluetooth Smart Technology. The BBC micro:bit can be programmed in Javascript, Python and Microsoft Block Editor + Touch Develop.

Note: The BBC micro:bit requires a USB cable for programming purposes, and a battery holder & 2x AAA batteries to power the micro:bit if not connected to your computer.

Getting started with the BBC micro:bit

Create code for the BBC micro:bit

Thank you for submitting a review!

Your input is very much appreciated. Share it with your friends so they can enjoy it too!

FacebookTwitter
Be the first to review this item
Filter Reviews:
×
Clear filter
More Filters
A
01/01/2020
Anonymous

Bought as a gift, advised that the recipient a young teen was made up with it and is loving it. 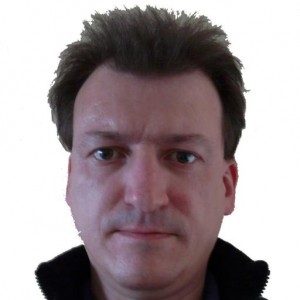 I was looking for a present for my 11 year old nephew and started with the Raspberry Pi but I decided it was too complicated for an 11 year old and a lot more expensive than it was at V1 (and after he goes home my brother would be left having to support it). My wife gave up on me and bought something else but then I came across the BBC micro:bit and I was really intrigued (not sure why I've never come across it). At approx £12 I thought I'd just buy one and see what it was like. I am an ex electronics engineer and a current software engineer and if I'd been given one of these at 11 you would have had to tear me away from it. The makecode.microbit.org web site allows you to get an introduction to programming without actually learning to write in any language. With some guidance from someone who either programs already or spends a little time understanding the many examples (and lessons) available you can get a young child inventing games, understanding logic, variables, loops, conditional statements, operators etc I mentioned it to my brother and he said they'd tried things like this before and my nephew wasn't that interested. He is very bright, loud, musical, into physical activity but has a very short attention span. It got to xmas day and I asked him if he was interested in looking at it and he said yes. Much to the suprise of my brother and sister-in-law we spent 2.5 hours writing a digital dice competition game from the basics building it up with more and more complexity. They were right. I had to start simple and help him do something simple and see the result, then add a little, see the result, rinse and repeat and very quickly he was making suggestions on how he wanted to change it. I mostly let him do the work on the simulator and he picked up most of the concepts really quickly and that is despite the fact his native language is German and mine is English and I hardly speak a word of German. The simulator is pretty good on its own but then with a battery pack for the micro:bit the downloaded code can be run independently from a PC and he rushed off to explain and demo it to his parents and play the game with is sister. Later he was whatsapping with his friend about it. My brother was very surprised. In playing with the game with his sister he even thought he spotted there was a mistake in the calculation of the score and so I allowed him to explain why he thought it was wrong, we checked the code together, tested it for real a number of times under different scenarios and he then realised he had miscounted. As an existing software engineer I know the frustration of bad bug reports, or sifting through code looking for edge cases and bugs and the frustration of trying to find an issue which can put a lot of people off. We even discussed what happens if we wanted to cheat by biasing the game to the code writer or how by duplicating code (cut and paste) but not changing the duplicated code properly it could lead to bugs. Ok, on its own the micro:bit is a bit basic with a 5*5 LED display, 2 buttons, a temperature sensor on the chip (which is always higher than ambient temperature) and a fairly basic light sensor but for £12 it is amazing and it still offers a lot of possibilities. The makecode web site is amazing, and a fantastic way of introducing young people to programming without actually writing a line of code in a real language.You can even see the javascript code for your makecode project meaning there is a path to real programming. I am seriously impressed with the micro:bit as an introduction to programming, logic and maths. It is a great collaboration of a large number of companies and that is evident in the well thought out design, price, microbit web site etc. I come across a lot of programmers these days who don't even know what a bitfield is. In our increasingly technological world we need more people who understand the basics of programming and electronics. I started with a Sinclair ZX Spectrum which ignited my interest in computers and programming. The micro:bit isn't that, but it is a VERY clever introduction to programming and an understaning of logic and it is clever because it had just about enough inputs and outputs to keep a young child interested and learn something. If you add a micro:bit starter kick like the elecfreaks kit to it the micro:bit is expandable into the area of electronics and IOT-like devices.

Really impressed by this product

I have used a variety of IoT devices but this is superb value and my 6 year old has really taken to it.

Excellent. Site easy to use and service swift. Will definitely use again.